Yearning for a Dialogue - the Real Silent Majority on the Right

As a video talk show host, I talk directly and indirectly to hundreds of people every week. Right-wingers troll me ad nauseam. Recently, something strange has begun; I find conservatives trolling my trolls in my defense as I continue to expound our progressive mantra. Many are open for a dialogue.

It is clear to me from my experience in my own community, people who stumble onto my radio show Politics Done Right and from a recently attended Bridge Alliance Conference that the fever is breaking. People yearning for dialogue need a path to spaces.

I think one of the biggest mistakes as a society we are making, irrespective of ideologies, is allowing the plutocracy to use these differences to maintain and increase their power. As we are fight one another we essentially give a pass to those who are inflicting the damage. Progressives and conservatives have a manufactured fear of each other. It is irrational and it is by design. Were you to watch Fox News, you would fear progressives as well.

This week a caller to Politics Done Right made several points. She first made it clear she was on the right. But then she explained that she came to the realization that it was less about the parties and more about class. More importantly, she realized that "others" are instigating. If we are fighting each other we cannot fight those truly responsible for our ills.

I remember discussing with a very attentive white conservative woman what a healthcare system could look like if it were humane. I bring race up because in my area there are false preconceived notions that I initially had to break through before she became a very deep listener.

The thing is, I never used the word Medicare for All, I just defined the process and fair method to pay for it. She was loving it so much she began adding to the narrative. I started to feel a bit guilty. I knew this woman was very conservative who likely thought that because I was in that Starbucks I was likely a conservative.

I finally told her I was very progressive at the very left of the spectrum. She turned red, looked me straight in the eye and said, "But you are so nice." Suffice it to say our conversation continued and I encouraged her to have lunch with "Liberal Ladies Who Lunch."

Democrats are going to continue to win the conversation wars in 2020. The right are losing sensible people. I believe Republican polls to simply be a tribal abstraction. That said, Democrats need to add empathetic engagement with the right. I am not talking about asking them to be either progressive or a Democrat. I am talking about creating the narrative that you are tolerant of their Republicanism and conservatism. Speak our values in their language.

Many consider engaging the other side is either a fool's errand or undeserved engagement. This isn't about being nice. It is about being necessary. We need more than fifty plus one for transformational change.

It is important for everyone to understand what is happening in this blogger's opinion. Many of us love to love our politicians. Hell, many of us love that Obama blew the door open and showed how a president must behave.

That said, after his recent statement Obama proved that he is not immune to Wall Street, the corporatocracy, the plutocracy, or the oligarchy. In fact, the plutocracy understands that our society could be at a flex point for a huge progressive takeover. This puts their continued pilfering at risk and they will employ all their puppets to temper wins by using fear and/or force.

The uncertainty supply-side economics is palpable. A credible and personal connection between progressives and conservatives is required. Engagement, not disengagement, is the answer to curing political maladies. 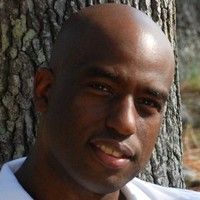