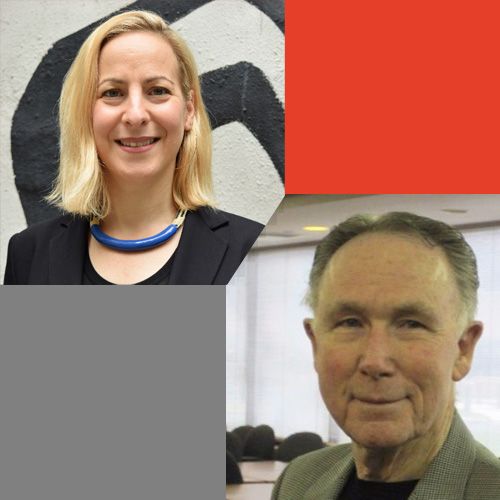 In early 2017 Jerry was into his third year of co-founding RIP Medical Debt when he was introduced to Dina Magnes by a mutual friend. Three months later (May 2017) she was hired by RIP and found herself in a charity teambuilding and fundraising class with Jerry, co-founder Craig Antico, and several others.

That was when things really took off that changed both the fortunes of RIP. What happened? John Oliver of Last Week Tonight happened.

In June 2017 in a famous send-up of bill collectors, Oliver gave away $15 million in medical debt to RIP Medical Debt in a ploy to out-do Opera’s $7 million car giveaway. As a 501(c)(3) corporation we were able to do this as a non-taxable gift. To date, this episode has gathered 16 million views on YouTube and is one of his most-watched segments ever.

It was a comedy turn for John Oliver, but an accelerant for RIP. Overnight, money came over the transom, board members and tech partners showed up, and RIP laid down a permanent foundation for what would prove to be an amazing story: two former debt collectors who did a 180-degree turn in their careers to become debt forgivers.

From that point forward, Dina served as an informal coach and an amazing team member for Jerry and RIP to move the charity forward. To wit, End Medical Debt was published, an attention-getting event was created in Washington DC to pique the thinking of Congress and annual summits were created to bring thought leaders from different industries and NGO’s to tussle with the problem of medical debt.

RIP launched very public a years-long study by academics at major universities to determine the impact of medical debt on individuals as well as our society and Jerry and Dina set up RIP’s Education and Engagement section focused on creating “young philanthropists.”

The result of this to date? RIP has abolished some $3 billion in unpayable medical debt for close to two million individuals and families – and almost constantly in the headlines. Most recently by receiving a $50 million dollar grant from Mackenzie Scott.

Having achieved all his goals at RIP, Jerry retired in late 2020 ready to apply what had been learned to a broader world – organizations, and people with the potential for major social and financial impact. But, much like RIP in its early years, unable to get the attention their work sorely needs.

Jerry invited Dina to co-found Let’s Rethink This in late December 2020 to share time between LRT and RIP where she is Associate Director of Education and Outreach. On February 6, 2021 LRT was incorporated as a Public Benefit Corporation. Our website was launched on Sunday, February 21, 2021.

More of Our Story