When It is Time to Rethink Your Career

The first time I can recall rethinking my career as a corporate health insurance executive was during a company leadership meeting. The top brass had decided to get on the “consumer-driven” bandwagon, and we had been summoned to a large conference room to be briefed on the strategy.

“Consumer-driven health care” was the euphemistic buzz term industry consultants had come up with to call what this strategy was really all about: moving as many Americans into high-deductible plans as quickly as possible.

Shareholders and Wall Street financial analysts had soured on insurers’ prevailing managed care business model at the time because it was no longer providing sufficient return on investment.

They believed insurers were paying too much for medical care. And of course, when Wall Street sneezes, executives catch colds. In the health insurance business, that translated into getting rid of managed care plans that provided enrollees relatively modest copayments when they saw a doctor or picked up a prescription.

To convince employers that high-deductible plans would be the long-awaited silver bullet to bring down medical inflation, my colleagues and I came up with the talking point that Americans were using too much health care because they didn’t have enough financial “skin in the game.”

At that leadership meeting, a newly hired vice president was trying to persuade us on the merits of high-deductible plans. We could easily understand how saddling people with high out-of-pockets would boost insurers’ bottom lines, but we were not getting how patients, especially those with chronic conditions or the millions of families who were living paycheck-to-paycheck, would benefit.

After about thirty minutes of nonstop questions, he finally said, “Look, you’re just going to have to drink the Kool-Aid.”

That was the end of the Q&A and the beginning of the end of my career in the insurance business and public relations. I knew that if I stayed on the job I’d have to do my part to persuade Americans that consumer-driven health care was exactly what the doctor ordered. It wasn’t. It was what Wall Street ordered.

I began doing my own research and came across numerous studies that showed how people in high-deductible plans were forgoing needed care, how they were splitting pills or not even picking up their prescriptions because of what they would have to pay out of their own pockets before their coverage kicked in.

Other events that contributed to my ultimate decision to not only quit but become a vocal critic of the health insurance industry. But being told to just drink up and shut up got me to the point of some serious soul searching.

Now a big part of my work is focused on getting rid of health insurance with high out-of-pockets. Unfortunately, the industry strategy to this point has been unstoppable.

While insurance companies report record profits, a growing number of Americans in high-deductible plans--especially people of color--have gotten sicker, and many have died because they could not afford the care they needed. These plans have exacerbated health inequities in this country.

The moral of my story is this: if you are ever told to either get with the program or get out, you just might want to check your GPS. Be sure it points True North

Yearning for a Dialogue - the Real Silent Majority on the Right

When Will More Doctors Stand Up for Their Patients and Themselves? 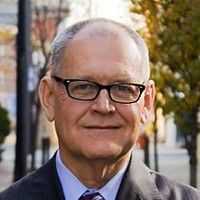 President at Center for Health and Democracy