A People’s Librarian (Part One) with Aeliana Boyer 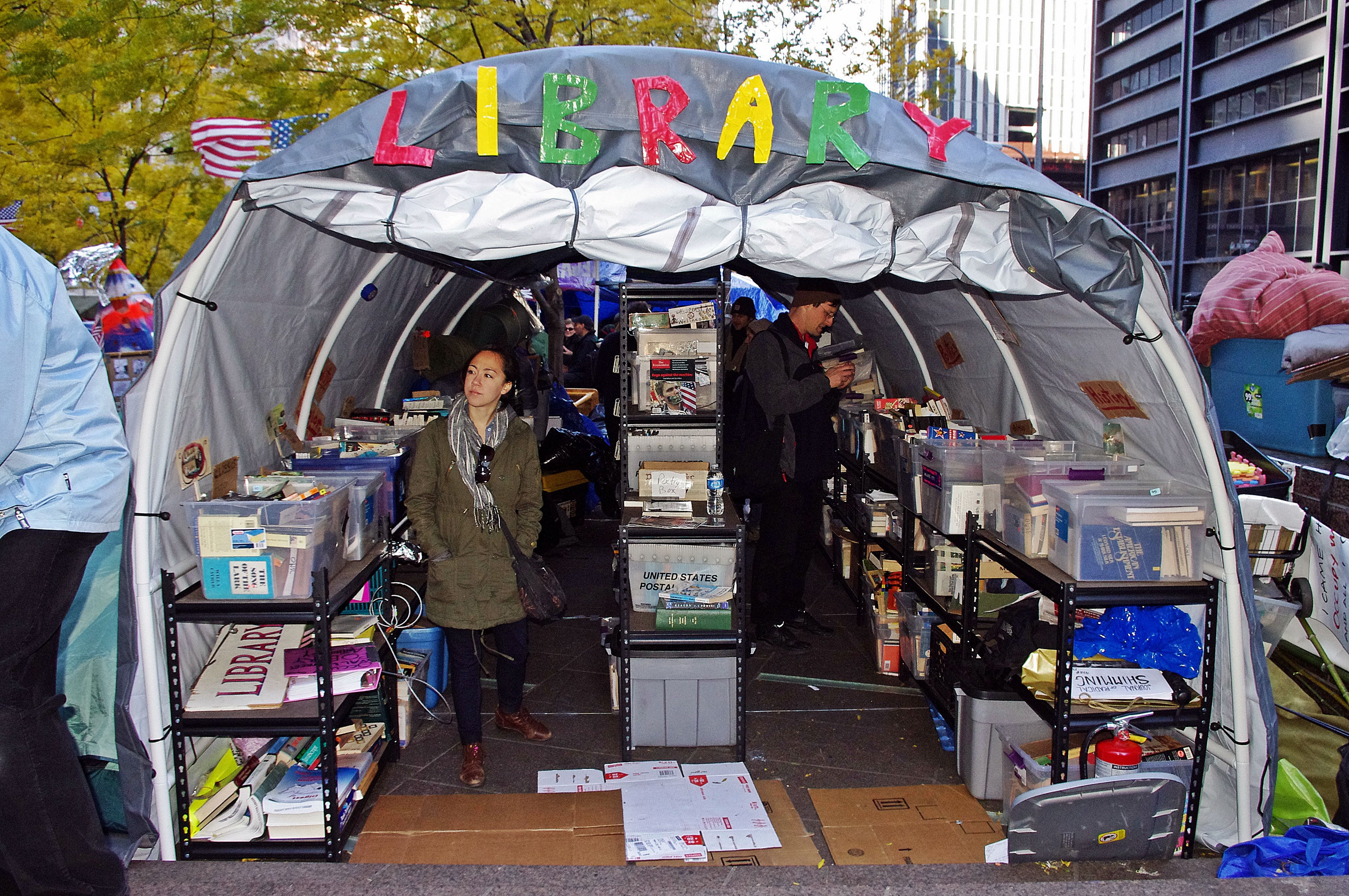 (One of the most fondly remembered aspects of the Occupy Movement is the People’s Library in Zuccotti Park, created and protected around the clock by Occupy Wall Street protesters living in the park and outside supporters of the movement who donated books.

Among the books in the People’s Library was the Occupy Wall Street Poetry Anthology, written and collected by protesters and supporters of Occupy who passed through Zuccotti.

As the destruction began, Boyer courageously grabbed as many of the most important texts as she could and rushed them to the apartment of a New Yorker who supported the Occupy Movement and lived nearby. In two frantic trips from the park to the friend’s apartment as the eviction unfolded, she saved the historic Occupy Wall Street Poetry Anthology, which was thousands of pages long and compiled in three-ring binders, along with dozens of religious texts[i]

Boyer was 27 years old during Occupy.

In late July, 2021, Boyer tells her Occupy history from the first time she heard about the movement and participated, to the history of the People’s Library, to the eviction of Occupy from Zuccotti Park, and where the movement has gone since then. This is Part One of her Occupy story.)

What was your life like around the time Occupy Wall Street started?

I had just spent the summer in England. When I got back, I was staying at my friends’ house and they were all really involved in Occupy Wall Street. They kept telling me to go down there, but I was like, “I need to find a new job and a new apartment. I don’t really have time for that.”

Then I went one day and it was so beautiful and emotional, so I started going down there.

What made you decide to be involved?

Well, I’m a writer and I was really drawn to The People’s Library there. I like the idea of free knowledge, free book share, and the fact that it was this place of ongoing conversation, where people were just mixing in a way that I’d never seen before.

I grew up in the Bay Area, and it reminded me a lot of things I’d seen in the Bay Area but a lot bigger, where people gathered in parks to discuss ideas and treated that as something to be taken seriously.

Well, there was this man named Eric, who had been really instrumental in building the People’s Library. He and I became friends and then he asked me to hang out one night, because I’d just been going down there in the daytime up to that point, and he kind of knew my situation, knew that I was just staying at a friend’s house.

And he basically was like, “Look, I haven’t been home in, like, weeks. My wife is pissed. Why don’t you hang out here overnight? You know? You have nothing to do.”

Then I never left.

How come you never left?

It was just interesting. There was so much going on. There were all these people, famous intellectuals, coming through every day and talking about things, and I knew that stuff like that doesn’t last long, so I just figured, like, “I might as well put my real life on pause and see what happens with this.”

And how did the People’s Library work? What was your job as a librarian there?

People were just bringing in tons of books every day. Like, people were coming from upstate with literally truckloads of books. It was crazy. There were so many books, and we were cataloguing them and trying to make them as accessible as possible, trying to catalogue them in a way that made them easy for people to look through.

So, we had a fiction section, science section, religion section, stuff like that. We also got computers donated, so we were building a little server so people could look up what we had.

We were in conversation with the People’s Library happening in Egypt in the Egyptian Spring, and they would send us letters about what was happening there, and we’d exchange solidarity letters and read them in the park.

As time went on, other Occupations started building libraries too, so we were having conversations with different People’s Libraries around the country – you know – and we were all autonomous, you could do what you wanted, but we were in conversation and telling people how we were handling it on our end.

Then, a few weeks into it, we just had so many books, like, so many.

And then Patti Smith came by one morning with Klaus Biesenbach, who ran MOMA PS1.

They came by and talked to us, then they bought us a tent for the books, and then they took us to some really, really fabulous parties.

They wanted to learn about it. You know?

And that was kind of the People’s Library at its best: when the Patti Smith military tent came in and we had, like, a giant library, because then it was enclosed and we didn’t have to worry about the books in the rain anymore.

Before that, some days we’d have to tarp everything down and there was just a lot of labor, moving things around every day. At night, we’d have to put it all away.

So, I helped with stuff like that, making sure everything was kept nice and clean, and there was a lot of talking to people, because so many people came by every day and the People’s Library was a really easy entry point to Occupy, because books aren’t threatening. People who probably might’ve otherwise been scared of Occupy Wall Street found the library as a way into it that was nonthreatening.

Describe the Tree of Life.

The Tree of Life was my other favorite part of Zuccotti Park. They’ve since torn it down and replaced it with this, like, disgusting steel monument, which I think is so indicative of everything wrong with New York City, but the Tree of Life was the one tree that survived 9/11 in that area.

It was just this little tree. When 9/11 happened, there were all these photos taken of how this one little tree survived the blast and everything else was demolished. So, that little tree was kind of the spiritual center of Zuccotti. There was daily meditation there and all these religious groups were doing stuff there, Rabbis, yogis, all kinds of religious figures, over by the little Tree of Life every day, and that was also a less politicized entry point to the Park for people, that and the People’s Library.

this story originally appeared on The Hard Times Review 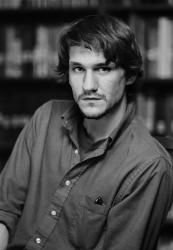 Matthew Vernon Whalan is a writer living in Southern Vermont. He has written political commentary and other nonfiction for OpEd News, CounterPunch Magazine, The New York Journal of Books, eoinhigginswriting.com, The Brattleboro Reformer, The Berkshire Record, The Berkshire Edge, and other magazines and newspapers. He has also published fiction and poetry in Foliate Oak, Hitherto MUIC, Thunderdome, Aberration Labyrinth, Literary Orphans, and other literary journals.