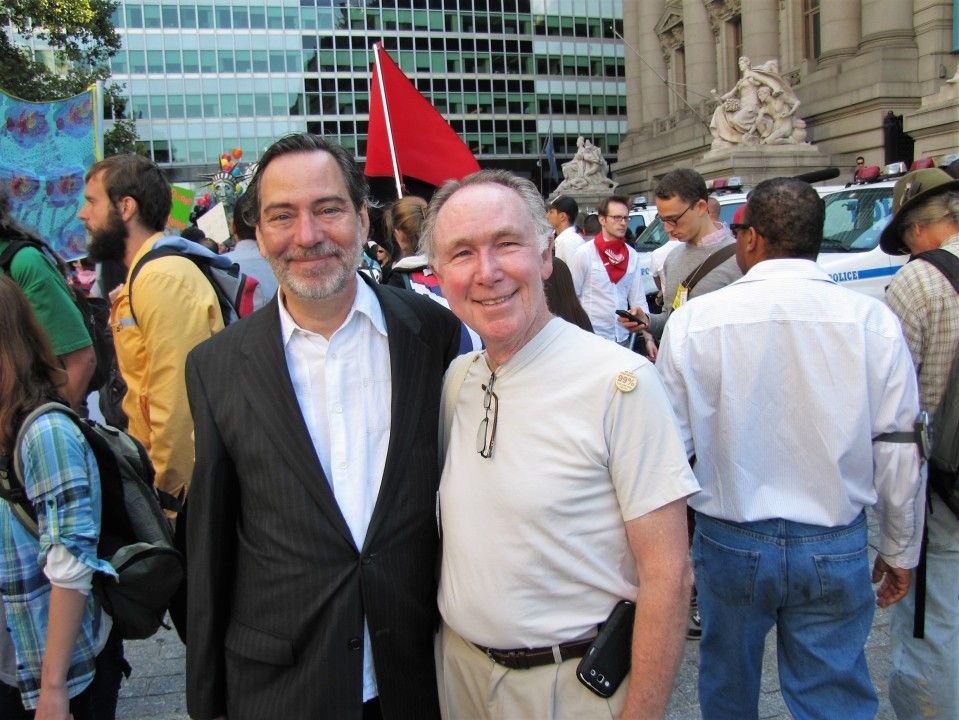 People who are just now awakening to the very real horror of climate change should have listened to Occupy Wall Street. Occupiers were raising that warning flag almost from the beginning. But, as was true of many of the alarms raised by OWS, it was dismissed with a yawn. This may be to their/our everlasting regret…however long we last.

Ted Schulman can be credited at being at the vanguard of eco-awareness and for promoting the UN Rio+20 Earth Summit held in Brazil in June 2012. He was an unlikely candidate, given his being a member of the Mad Men culture celebrated by HBO; he was a group manager for the TBWA\Chiat\Day global ad agency. Yes, martinis and all.

(For those not familiar with Rio+20, this was the historic 1992 UN Conference on Environment and Development – UNCED - held in Rio de Janeiro. It has been acknowledged as a key milestone in placing sustainable development as a top priority for the international community.)

Living in the Wall Street area, it was easy for him to walk two blocks to be one of the very first citizens of the Zuccotti Park world of Occupy. Being someone who understood both business and societal needs (his degree is in Social Anthropology) and one who had honed his media and tech skills at the agency, he was there to establish order “with people 20 years my junior” and took part in creating the OWS TechOps group and was instrumental in writing Open Source into the principles of OWS.

This skill came out of his creating an award-winning interactive tech demonstration project at The Learning Center at Ellis Island and modeling HarlemNYC as an online community as a Federal Empowerment Zone. Yes, I know. Today real old news and forgotten, but cutting-edge stuff back in the day.

In an accompanying HuffPost article to the above interview, How Green is My Occupy? I opined that this conjoining of the still-fledgling Occupy Movement with the veterans of the environmental movement (now gaining its second breath and traction) would be billed by MSM as “Tree Huggers Meet Wall Street Bashers.”

Listen carefully to this interview in which Ted weaves together the two worlds of climate and financial concerns.

Being both under-reported and poorly reported, the struggles to save our planet as well as our economic well-being by both #Occupy and #Green were met with tepid enthusiasm or even resistance.

Will there be an OWS/Climate +20 in 2031? Will we have become “woke” enough to finally carry through on making the critical changes in our thinking about the Green world we all need to survive? Or will we continue to the path of extinction?

If that happens, it won’t be because of the lessons given us by the OWS movement; it will be because they were ignored.