Competing to Deliver an Innovative Way to Reduce Veteran Suicides. Not a Contest – a Mission

My name is John Kirbow and I’m an Iraq Vet with civilian DoD time in Afghanistan with various backgrounds in Special Operations, Information Warfare, foreign language, and human behavior across cultures. I am part of a team seeking to qualify for a share of a $20 million prize to be awarded to individuals or organizations that will bring innovative approaches that lessen the number of service-veterans who are killing themselves – currently at the rate of 18 per day.

Less than a year ago, a good friend of mine – a fellow US Army vet - took his life, to the saddening shock and surprise of his inner circle.

None of us saw it coming, and no matter how many times I replay it in my head, I can’t think of a single point or clue that would have tipped me off. It did become clear to me that had we been more aware – me, other close friends, and certainly his immediate family – we could have been a circle of support rather than a vacuum of silence.

When I learned that Let’s Rethink This (LRT), an organization I am consulting to, intended to compete in a new VA challenge called Mission Daybreak – I was the first to sign on. It attracted me because it encourages both veterans and non-veterans to partner and compete in this all-important endeavor.

Out of the almost 1,400 people and organizations leveraging every skill they have, from AI (artificial intelligence) and phone apps to alternative therapies, community-centered, holistic interventions to earn $100-250,000 in the first phase, only forty will be selected for a financial prize. Those chosen share a common objective and ill have several months to prove their solution can help and dissuade veterans at risk of self-harm not to make that final, awful decision.

Had my friend's state of mental health been communicated to us sooner, the effectiveness of early-stage proactive engagement, empathetic listening, and life-saving intervention might have been much greater to ultimately save their life.

History shows that up to this point that not enough people at risk will dial that suicide hotline or text the new 988 system which confirms our team’s belief that the entire approach to veterans and their mental health needs to be ‘rethought’ – the solutions magnified and made media-visible to the American public. Mission Daybreak will test just that.

One thing we learn in the military, and especially in Special Warfare training of various sorts, is that teams are multipliers for mission accomplishment. To put it simply, these are skilled and focused operations sharing the same objective.

Fortunately, this isn’t just any team I joined, but a group of specialists brought together by Jerry Ashton, a seasoned Navy vet and founder of LRT, who serves as the team lead. Jerry had already launched an earlier initiative called #EndVetMedDebt to bring about a policy change in the VA hospital system and encourage them to make their uncollectible servicemember’s medical debt available for forgiveness.

Clearly an expert in that work through a charity he co-founded in 2014 called RIP Medical Debt, he has already brought about the forgiveness of over $6 billion in unpaid medical debt for the public at large. Some of that debt even included veteran hospital bills. Acting from the LRT platform, the goal is not to raise donations to purchase that debt, but to awareness of the problem.

Understanding that there is no single answer to the problem raised by the VA, Jerry engaged the talents of Audacity Therapeutics, Seva Exchange, and Patient Orator as team members. Each with a different take on the issue and each willing to align their efforts to meet the Mission Daybreak challenge.

For my slice of this, I am working with the CEO of Seva Exchange, Anitha Beberg.

Connecting veterans together easily and online can bridge the problem of their feeling isolated, disconnected, or not being able to find and communicate with people of similar experience. Seva Exchange can bridge this gap through its platform and special app called SevaX, through connecting individuals and organizations in volunteerism and time credits. Vets get personalized attention with the click of a phone or computer key, while the good Samaritans get recognition!

Topping off the solutions offered by this team, LRT added an alliance between LRT’s Newspaper and Military Veterans in Journalism or MVJ to create a media pool of communications talent.

What Jerry reasoned out with Veteran journalist and MVJ President and Co-founder, Russell Midori, was that the American public at large is woefully unaware of veteran issues – much less of the staggering problem of suicide.

What could be more appropriate than a national “press corps” of vets writing about vets for their local paper? “Now, that will add unusual media arrows to the Veterans Administration’s quiver of solutions,” said Ashton. 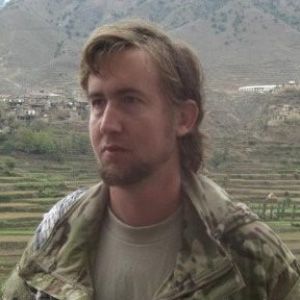 LRT's Military Liaison. A Special Warfare veteran and anthropological / social researcher. I write about the nuances of information warfare and counterinsurgency (my most recent two publications discuss a Psyop and COIN -style breakdown of the riots, and recommendations for police reform, published several months ago). I’ve served in Iraq (via the US Army) and Afghanistan (via the DoD) in various capacities, with an emphasis on understanding the nuances of culture, people and how to effectively engage with them.